An Introduction To Thermoelectric cooling module

Thermoelectric technology is an active thermal management technique based on the Peltier effect. It was discovered by J.C.A Peltier in 1834, this phenomenon involves the heating or cooling of the junction of two thermoelectric materials(bismuth and telluride) by passing current through the junction. During operation, direct current flows through the TEC module causing heat to be transfered from one side to the other. Creating a cold and hot side. If the direction of the current is reversed, the cold and hot sides are changed. Its cooling power also can be adjusted by changing its operating current. A typical single stage cooler (Figure. 1) consists of two ceramic plates with p and n-type semiconductor material (bismuth ,telluride) between the ceramic plates. The elements of semiconductor material are connected electrically in series and thermally in parallel. 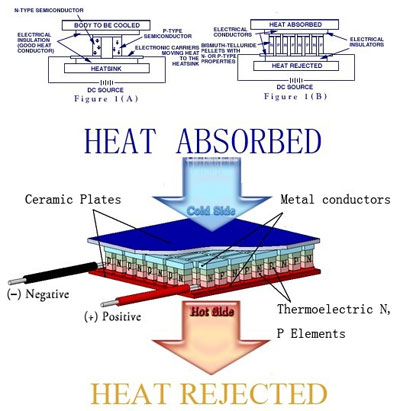 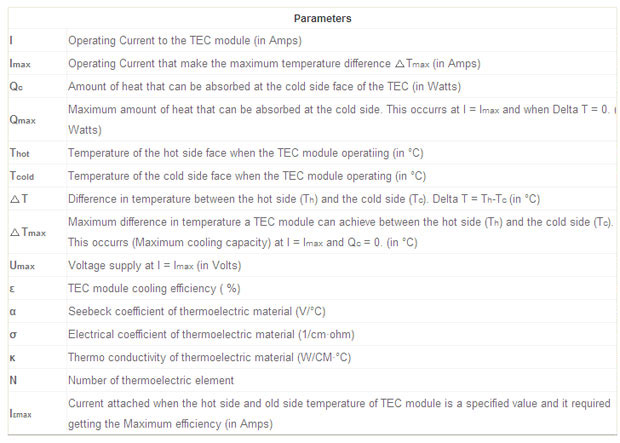